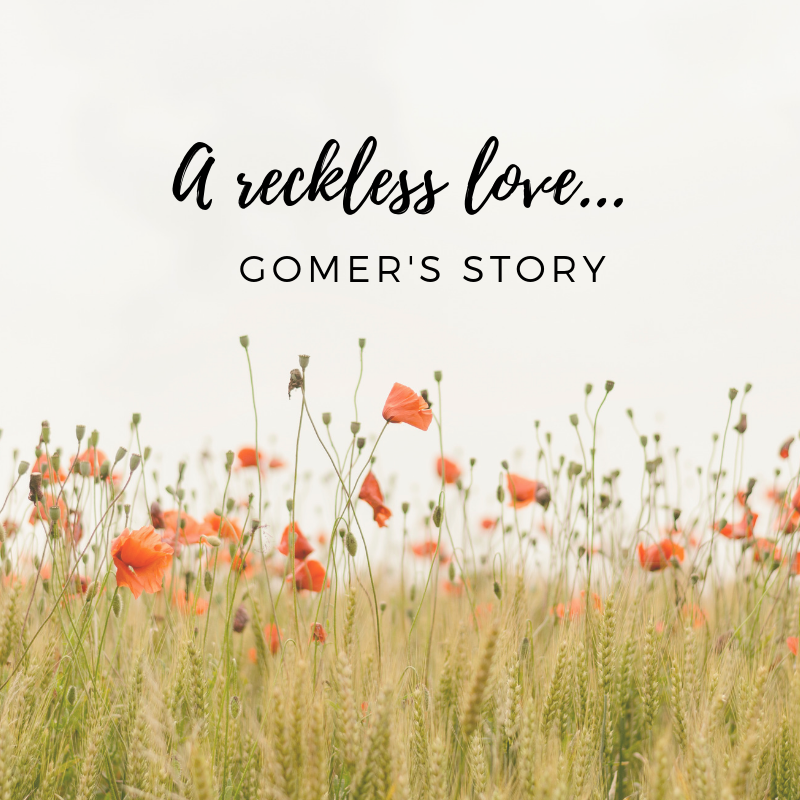 The Lord gave this message to Hosea son of Beeri during the years when Uzziah, Jotham, Ahaz, and Hezekiah were kings of Judah, and Jeroboam son of Jehoash was king of Israel. When the Lord first began speaking to Israel through Hosea, he said to him, “Go and marry a prostitute, so that some of her children will be conceived in prostitution. This will illustrate how Israel has acted like a prostitute by turning against the Lord and worshiping other gods.” So Hosea married Gomer, the daughter of Diblaim, and she became pregnant and gave Hosea a son. And the Lord said, “Name the child Jezreel, for I am about to punish King Jehu’s dynasty to avenge the murders he committed at Jezreel. In fact, I will bring an end to Israel’s independence. I will break its military power in the Jezreel Valley.” Soon Gomer became pregnant again and gave birth to a daughter. And the Lord said to Hosea, “Name your daughter Lo-ruhamah—‘Not loved’—for I will no longer show love to the people of Israel or forgive them. But I will show love to the people of Judah. I will free them from their enemies—not with weapons and armies or horses and charioteers, but by my power as the Lord their God.” After Gomer had weaned Lo-ruhamah, she again became pregnant and gave birth to a second son. And the Lord said, “Name him Lo-ammi—‘Not my people’—for Israel is not my people, and I am not their God. “Yet the time will come when Israel’s people will be like the sands of the seashore—too many to count! Then, at the place where they were told, ‘You are not my people,’ it will be said, ‘You are children of the living God.’ Then the people of Judah and Israel will unite together. They will choose one leader for themselves, and they will return from exile together. What a day that will be—when God will again plant his people in his land. “In that day you will call your brothers Ammi—‘My people.’ And you will call your sisters Ruhamah—‘The ones I love.’ (To read the rest of the Gomar’s story, take time to read the entire book of Hosea) Hosea 1:1-12

Listen, no one wants to be the “bad” example… you know… that person whose behavior is used as an illustration of what not to do. Enter: Gomer. Gomer was the unfaithful wife of the prophet, Hosea. God used their marriage and relationship as a reflection of his people to show how they had sinned against Him, and to show that even though they chose to follow other gods He remained (and still remains) faithful. In a nutshell, Gomer was a prostitute. After bearing Hosea three children, she left him to live with another man. God then commands Hosea in chapter 3 verse 1 to, “Go, show your love to your wife again, though she is loved by another man and is an adulteress. Love her as the Lord loves the Israelites, though they turn to other gods.” Now I’m sure this command was incredibly easy for him to obey… NOT. This command had to be hard, confusing and terrifying for Hosea to go through with. He probably wondered why in the world he should go back and get his unfaithful, cheating wife, even having to pay for her… and yet, he obeys. He goes and he buys his wife back with fifteen shekels of silver and some barley (verse 2). His loyal love, not deterred by Gomer’s blatant unfaithfulness, was used by God to show us a picture of His own love for His wayward, rebellious, idolatrous people. Now, let’s get real for a second. While no one wants to be “The Gomer,” we all literally are “The Gomer” in the stories of our own lives. At the end of the day we are all sinful people. I don’t think any of us are willing to claim otherwise, BUT this beautiful story of redemption is meant for each and everyone of us. The story of Gomer should give us hope like no other. The ultimate message of the book of Hosea is redemption…redemption for me, redemption for you, redemption for all people willing to repent and recognize the need for a savior. The book of Hosea is an incredibly difficult read, BUT it should bring you incredible peace knowing that the Creator of the Universe loves you so much that he’s willing to save you despite your actions. That he will love you even though he knows you will continually screw up…that his love for His people will always outweigh our behavior. Friends, this should bring you a peace that surpasses all understanding. These lyrics to the song Reckless Love come to mind,

I couldn’t earn it, I don’t deserve it, still, You give Yourself away Oh, the overwhelming, never-ending, reckless love of God.

Some might say it is reckless to love people that you know will continue to be unfaithful and yet God makes it clear his love and care will always be there for us and like Hosea, He was willing to pay the ultimate price to buy us back. Rest in the peace and freedom of God’s amazing love for you.

Lord, your love for us is almost unbelievable. Thank you for giving us the example of Hosea and Gomer to make it very clear to us that your redeeming love is always available to us. Thank you. Thank you. Thank you for loving us no matter what. Today’s post was written by Amanda Sanders. Amanda has been married to her high school sweetheart, Matt, for 13 years. Together they have three kids ages 10, 8 and 5. In this season of life, Amanda spends most of her time drinking coffee, teaching children, doing laundry and repeating herself. Occasionally, she has some time for working out, reading for leisure and writing. You can find her on Sunday mornings worshiping at our Real Life SoDo campus.
Category: WomenFebruary 18, 2019